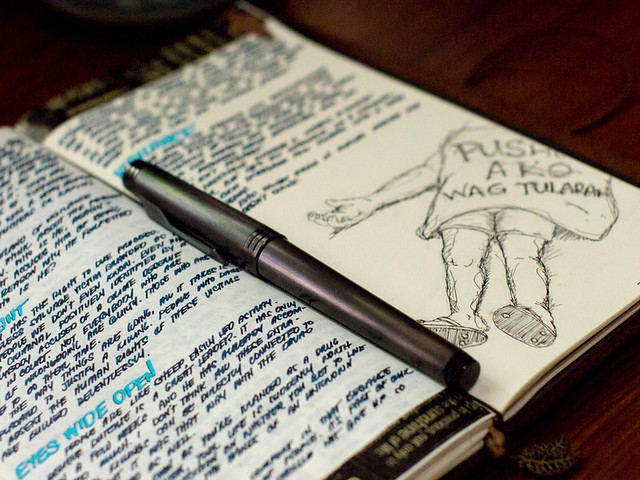 It’s been sickening to read or watch the local news recently. There are so many news of extrajudicial killings, and that’s always been concerning to me. Every time I see somebody killed execution style with a placard labeled “Huwag tularan, Rapist/Adik/Pusher/Snatcher”, I always ask myself “Says who?” Who gets to decide who has forfeited their right to live? Who deserves to be killed in such a violent way? Now I see this kind of death every day. Fat chance that these cases will be investigated (I’m still waiting for that kind of change). I understand the outrage of people about druggies and criminals, but killing them off without due process is a dangerous shortcut to take. The collateral damage in this kind of war will mostly be the voiceless people who live below the poverty line. They aren’t pests that need to be exterminated because they offend your middle class sensibilities. These are people who have the same rights as everybody else does.

Reading comments in social media about this topic is equally nauseating. It looks like many people are in a blood frenzy, they have forgotten to act like civilized human beings. It’s heartbreaking for me to see friends and family members participate in such discussions like they’re just talking about killing rats. Anybody who disagrees with anything about this all-out war is a sentimentalist, anti-Duterte (and therefore pro-LP or pro-Aquino, which is a false dichotomy), tanga, bobo, mangmang and deserves all kinds of insults. There is no talking with most people nowadays.

There’s no real welfare system to help the street children survive instead of buying rugby to stave off the hunger. No real juvenile justice system to keep young offenders out of trouble. The pervading system in the country is decidedly anti-poor.

I am not blaming the President for all of these extrajudicial killings, and I laud him for the many things that he has achieved on the first 15 days of his presidency (one can appreciate the good and be critical of the not-so-good-yet, it’s not impossible to do that). However, the government should act like the government and uphold the rule of law. All shootings that happen where policemen are involved (agaw-baril, shootouts, etc) should be investigated properly, regardless of who we perceive the victims to be. You know, like any democratic society where rule of law prevails. Policemen who are involved in legit police operations against drugs should be mindful of collateral damage and accountable for them no matter where the encounter happens.

There’s no doubt that this war on drugs will be long and bloody. That doesn’t mean I have to be okay with it. Times like this, it’s okay to not be okay.