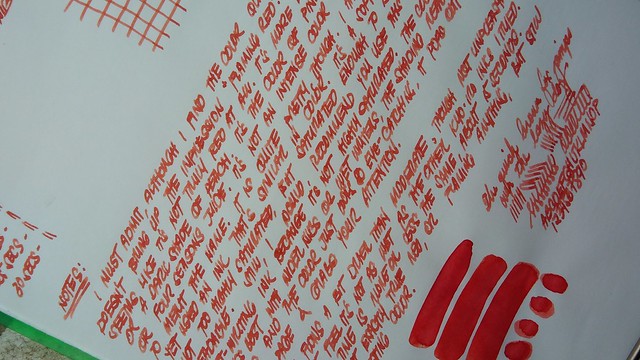 Here’s the last of the Kyo-Iro line of Kyoto Inks that I’ve tried. The next inks linked up for review are all Kyo No Oto inks. This one’s called Flaming Red of Fushimi. At first I was surprised because it was neither flaming nor red when wet. The ink’s color got darker as it dried, and under natural light, the red component is much more obvious. It does start out as a cross between pink and peach, like the color of pink guava flesh or four seasons juice. Pink that leans more on the red side. When in a low-light surrounding, the ink looks less-saturated and more pink, but in natural light, it does become a more pronounced shade of red. The color is pretty interesting in both cases. I don’t think I have tried an ink that is similar in hue. It’s eye-catching, to say the least. It’s a moderately saturated ink, so I would recommend that you use it with a medium nib at least, or something that writes wet, so that you can appreciate the character of the ink. The shading is expressive and gorgeous, with shades of peach and dark pink. It flows a bit drier than moderate, though not unpleasantly so. I just feel it’s not as wet as the other Kyo-Iro inks I tried. The drying time is more or less the same, about 15 seconds. It’s not water resistant. Here are a few close up shots of the writing sample. 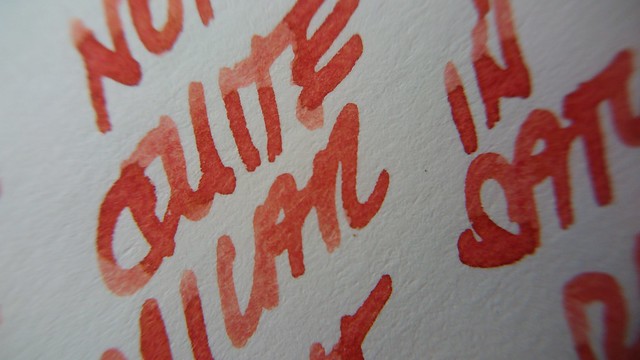 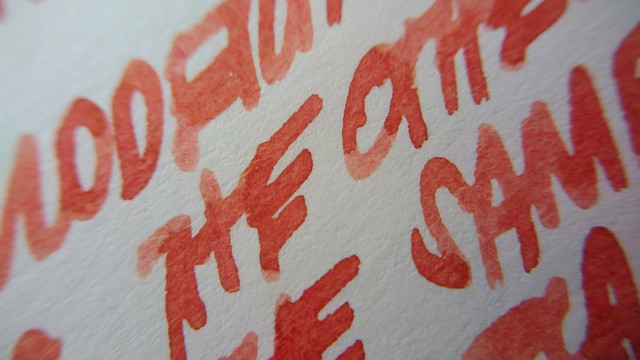 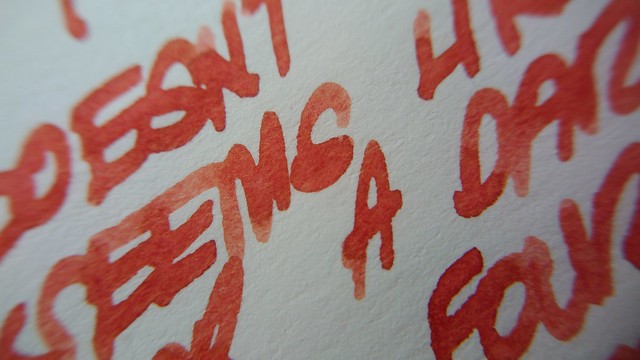 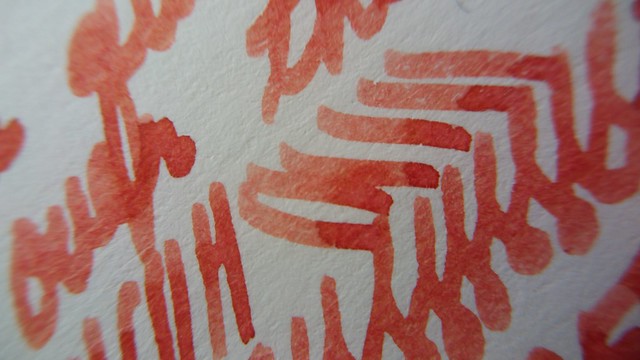 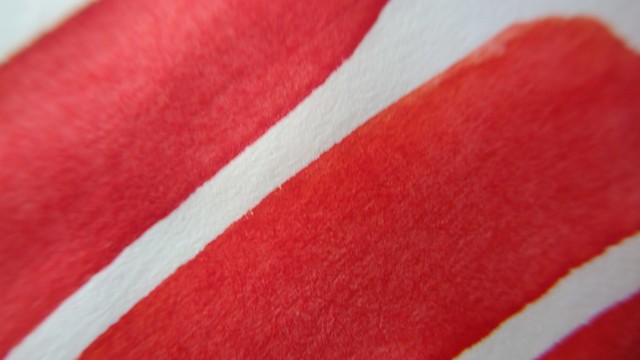 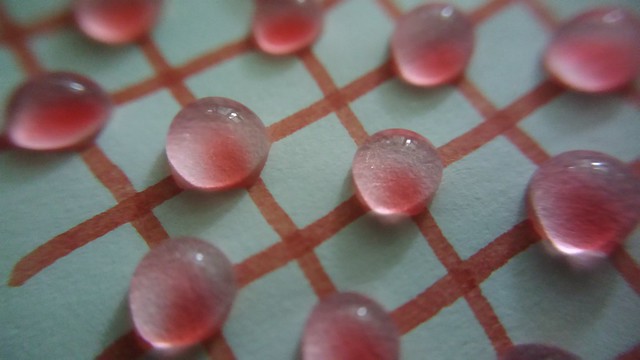