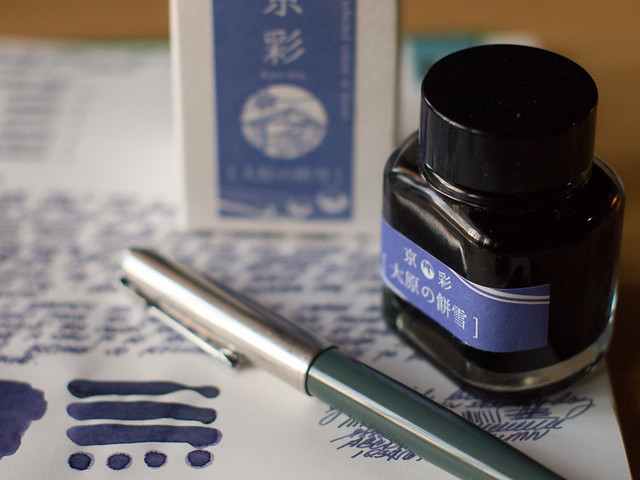 Here’s another Kyo-Iro ink from Kyoto Inks, Japan. It’s called Soft Snow of Ohara. It’s a pretty interesting ink because under certain kinds of light, it looks a little purplish. In natural light, it is a beautiful shade of blue. A familiar kind of blue, I thought. It actually reminded me of this article I read before about indigo dying techniques in Japan. It’s called Aizome or that indigo dye that comes from the Japanese indigo plant. It became popular initially because indigo was an effective insect repellant. The color of indigo extracted from the plant came in different ranges from “indigo white” to dark indigo and was so extensively used that it became popularly known as Japan Blue. I think this ink’s color is pretty close to it. 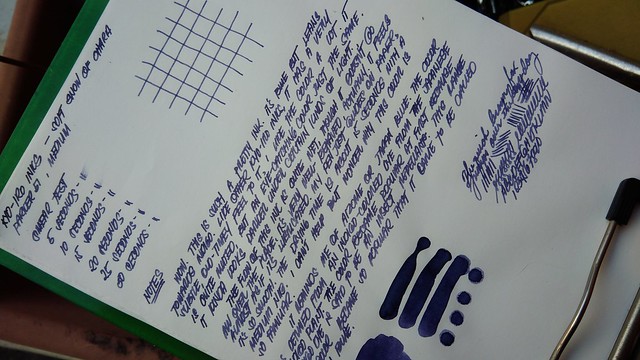 It’s a muted shade of blue that is eye-catching and has a subtlety to it. It’s nicely saturated, but still manages to look delicate. The shading is quite gorgeous, and shows a range of different shades of indigo blue. It’s also very well-behaved. The flow is quite wet, but it doesn’t feather or bleed through. It feels almost as if it’s lubricated. My pen just glides on paper while using it.

It dries relatively fast at about 15 seconds. It’s not water resistant, 30 seconds of soaking in droplets all but wiped out any trace of the ink. Here are a few close ups of the writing sample. 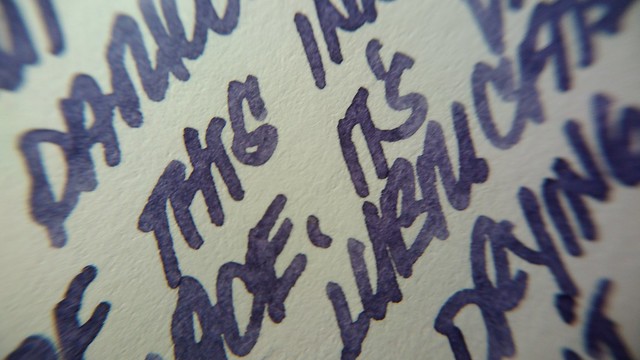 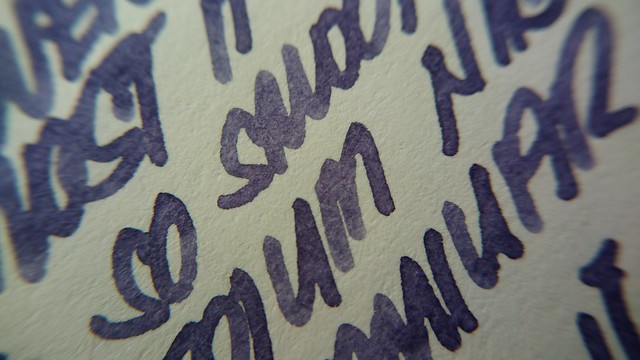 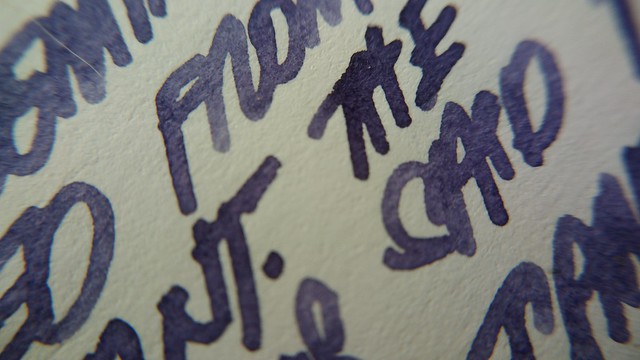 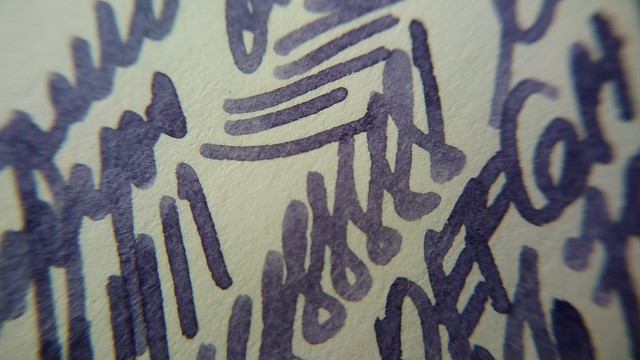 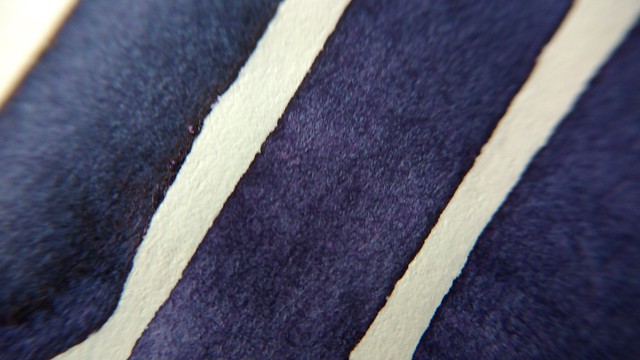 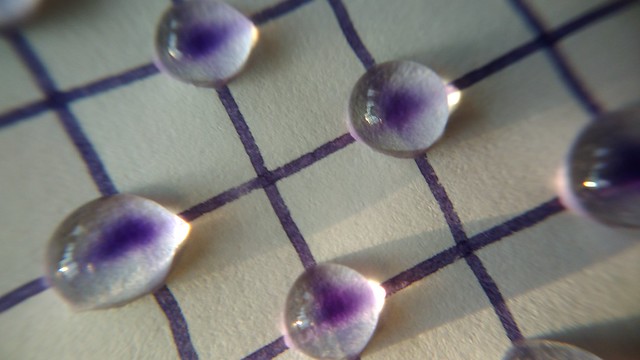 Overall, it’s easy to fall in love with this ink. It’s a beautiful color and it flows great. I like that it’s really close to an iconic color in Japan. I don’t think I own an ink that’s similar to this hue yet. Looks like it’s a keeper. 🙂