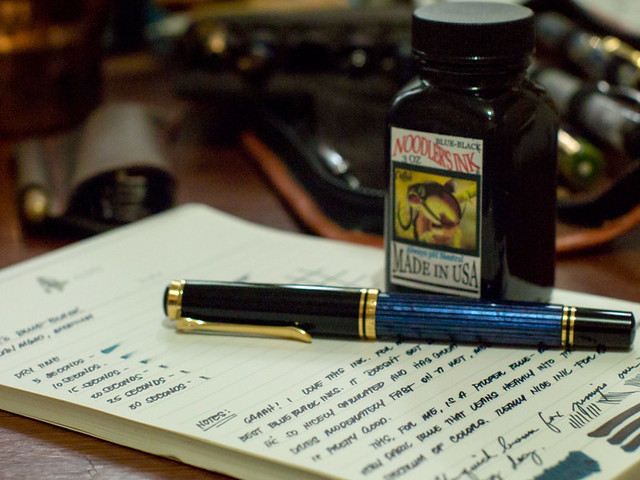 My love for blue-colored inks was an acquired taste. I used to not enjoy blue inks at all. I consider Noodler’s Blue-Black sort of like my gateway drug for the color. I first tried it out when a fellow member of Fountain Pen Network Philippines sent me a small vial of it back in 2014. I liked it so much that when it ran out, I bought several blue-black inks only to be disappointed that they’re nowhere near as saturated and dark-colored as Noodler’s Blue-Black. Perhaps the second best blue-black ink that I’ve tried is Sailor’s blue black, but it’s a completely different-looking ink than this. I’m so happy that Everything Calligraphy asked for our favorite Noodler’s inks, and I was able to suggest this color. 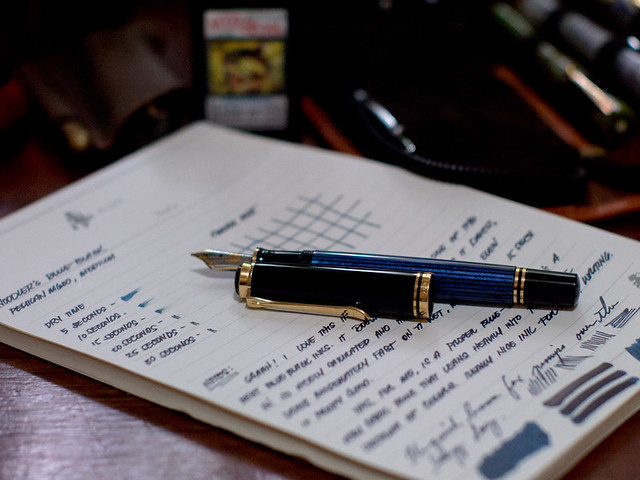 I’m glad that it also did not come in the new plastic bottles. Eventually I know the stocks of glass bottles will run out and I’ll need to make do with the plastic ones, but until then, I will shudder at the thought of them. Noodler’s inks give you great value for money, I think. It’s a big 3oz bottle full to the brim (careful when you first open it) with all that inky goodness. A bottle will definitely last you a while. Noodler’s blue-black is what I like to call a proper blue-black ink, which is to say that it’s leaning heavily into the darker end of the color spectrum. For a highly-saturated ink, it’s still got a lot of character to it. Nice shading, some hints of red under certain kinds of light. It dries up relatively quickly (about 15 seconds) and has a nice flow to it. I would say its flow is moderate. It’s a nice, conservative, very dark blue ink suitable for daily writing. A pleasant surprise is that though it’s not completely water proof, much of the black component of the ink stays on the paper. Here are a few close ups of the writing sample. 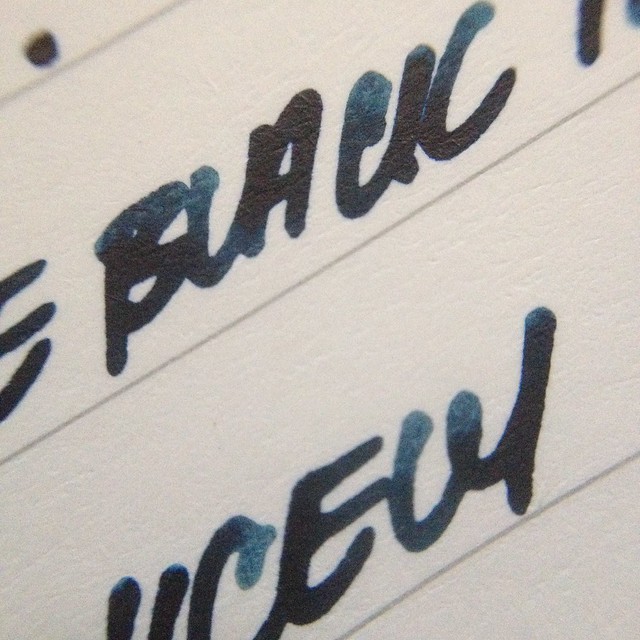 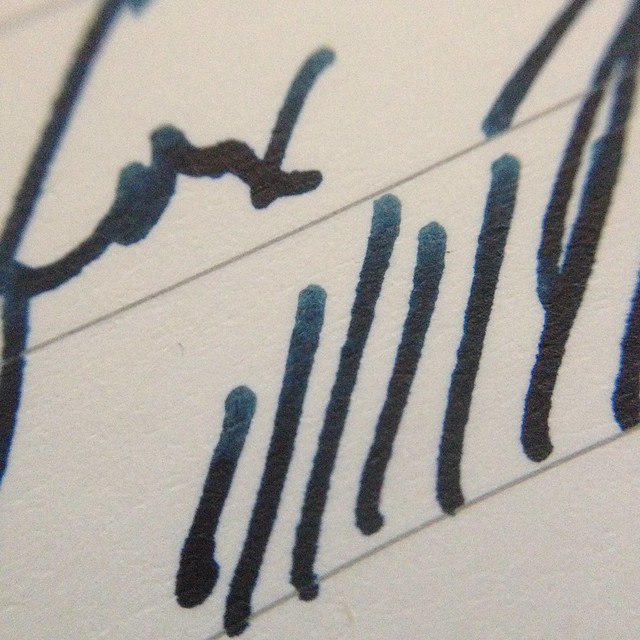 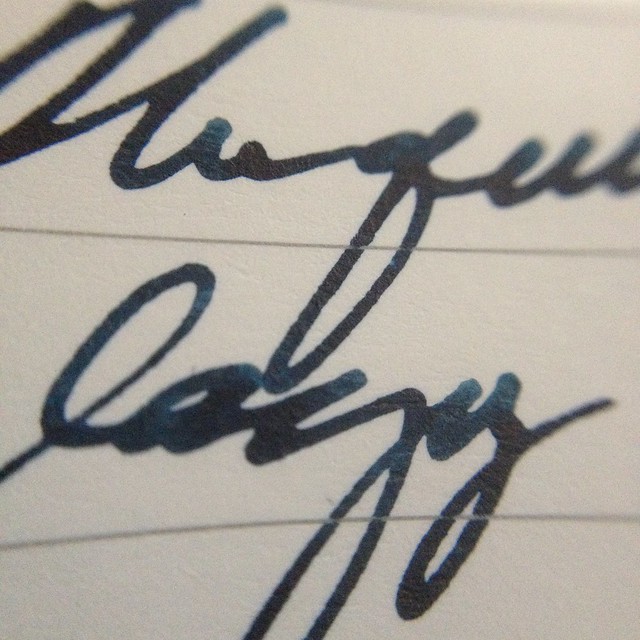 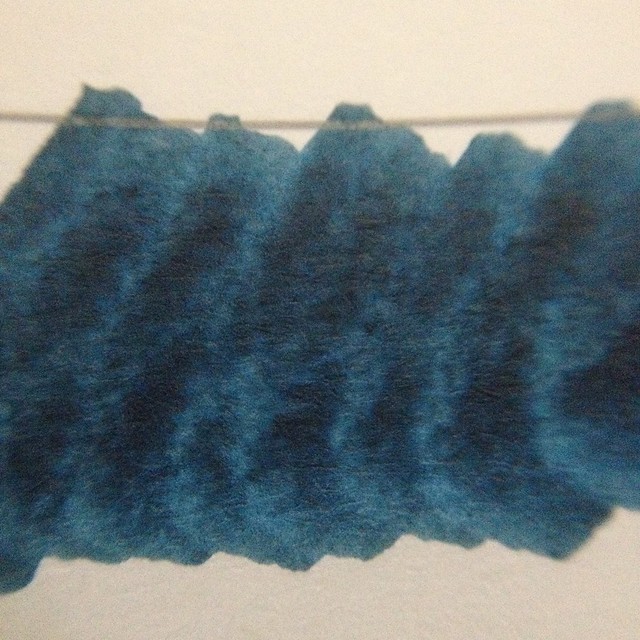 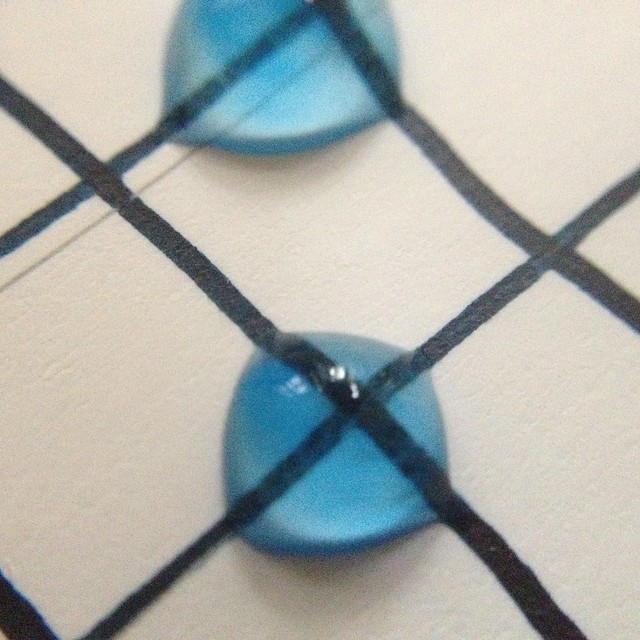 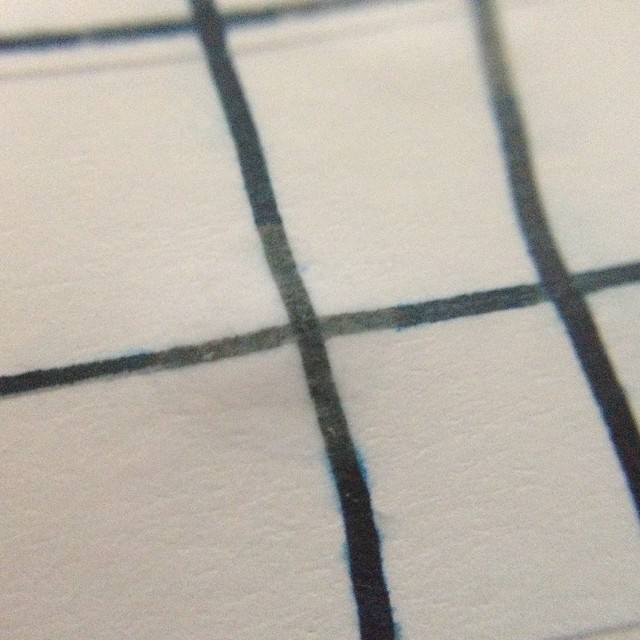 It’s a pretty nice shade of blue. That it’s pretty resistant to water is a plus. I highly recommend this ink for people who like blue ink or for those who aren’t sure if they like blue ink yet so they’re looking for something that isn’t a crazy blue color.

Used in this review:
Pelikan M600, Medium
Elias note pad
Noodler’s Blue-Black ink (I bought mine from Everything Calligraphy)