After a few days of writing words, then phrases, then paragraphs, and whole passages, I’m beginning to remember what I forgot. 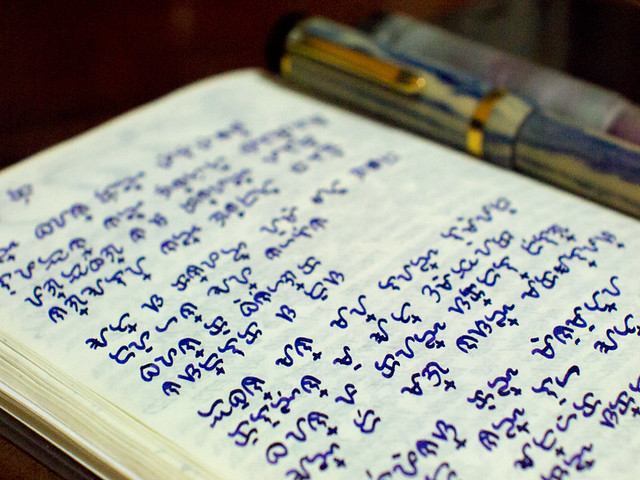 Turns out it’s a lot like riding a bike. It’s still a slow process, but like a young child just learning to read, I am able to recognize the letters and words again. I can write the letters on my own now, without consulting my guide. It’s slow but it’s fascinating how the letters and words are slowly becoming less and less alien and more and more… mine. The photo above is of a Filipino folk song, Bayan Ko. There’s nothing quite like writing it in Baybayin. The message of the song fits so well. 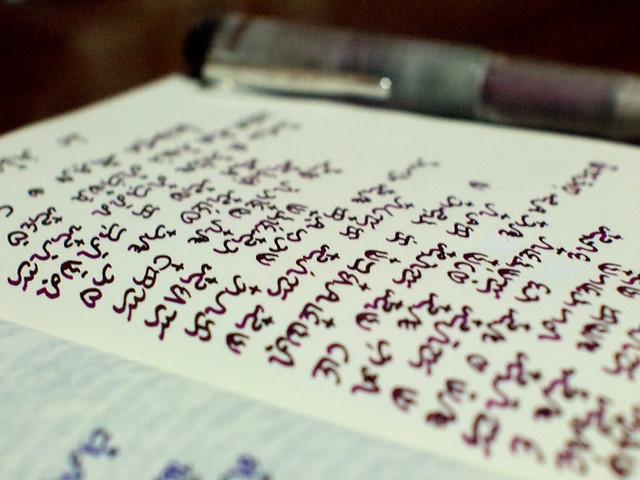 The photo above is of Psalm 8 (Awit 8), one of my favorite Psalms. Translated to Filipino and then written in Baybayin. Exquisite. Filipino is still my emotional language, after all. 🙂

(Side note: It’s just wonderful to use these stub nibs for Baybayin. The line variation lends more drama to the strokes, though also making it nearly impossible to write small.)

On my second semester as a sophomore in college, I had this elderly lady from the Filipino Department of the University of the Philippines, Diliman as a professor for one creative writing subject. On the first day of class, her first question was “Sino dito ang nakakaalam kung paano sumulat at bumasa sa Baybayin?” (Who among you know how to write and read in Baybayin). Nobody raised their hands. She looked just a bit appalled that the iskos and iskas in her classroom, most of whom were taking courses under the Filipino Department, do not know how to read and write Baybayin. I vaguely remember learning about it in highschool, but not learning to use it. Teachers mentioned it in passing but failed to communicate the significance of this.

My professor proceeded to write characters on the blackboard. “Puwes, bago matapos ang klase na ito, matututo kayong bumasa ng Baybayin” she said (Well then, you will all learn how to read Baybayin by the end of this class). And learn it, we did. 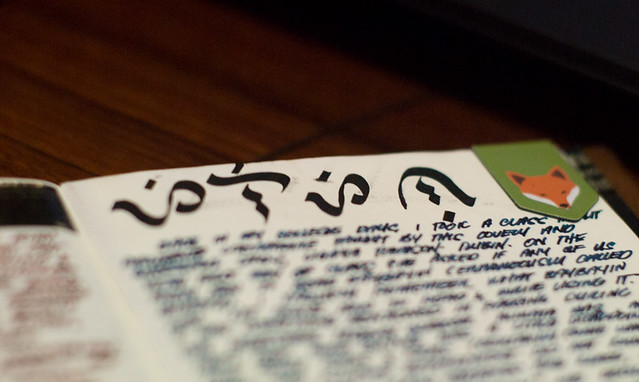 I chewed on this for a while after we learned the rudimentary of reading and writing with our alphabet. We had our own writing system, before centuries of colonial rule made us lose it, lose this part of our identity as a people. Somehow in the long, convoluted corridors of Philippine history, we lost sight of it. Not many are interested to relearn it. After all, what use would we have of it now? I dug into it, though. I learned the characters until I recognize them as quickly as the modern English alphabet. I can read and write Baybayin like how I would read and write anything else. I kept journals entirely in Baybayin, chuckling to myself with the thought that even if I left the notebook open anywhere, not a lot of people will be able to read it.

Then I got busy with other things in life and I stopped using it in my journals. One day I just realized that I had, once again, lost it. I could not recognize the characters quickly anymore. I could not read them in a natural, flowing way like I used to. My own journal entries became inscrutable to me, the thoughts I kept in my journals nearly lost.

Of course, even if I lost the retention of recognizing the characters, the rudimentary principles of reading and writing were still fresh in my mind. What my professor had taken upon herself to teach us, even if it did not seem to be connected to our subject at that time, that stayed with me until now. I still write words and phrases in my journal, but the ability to express myself and write quickly and in a natural pace is (for the moment) lost to me. 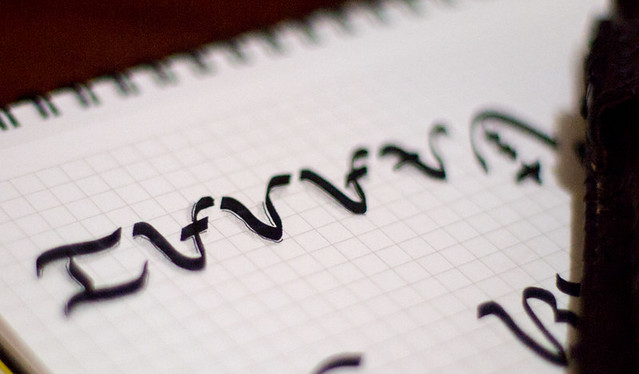 I still think our Baybayin is beautiful, though. I like the characters and the simplicity of reading and writing with them. 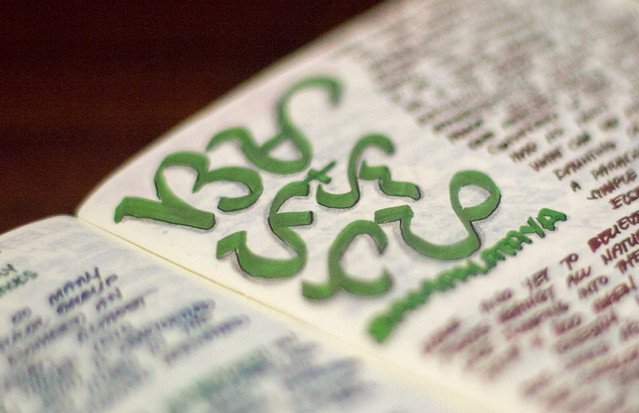 I don’t know if we will ever revive interest in our alphabet system now or in the future, but I certainly hope so. It’s part of our identity as a people. 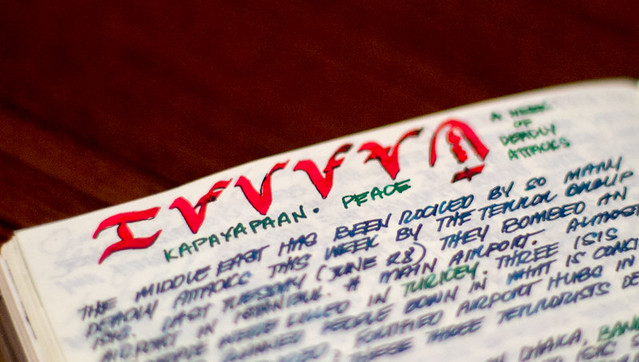 I promised myself that I will relearn how to be more “fluent” with Baybayin, like I used to be. Perhaps I shall write my journals with Baybayin again in the future. 🙂